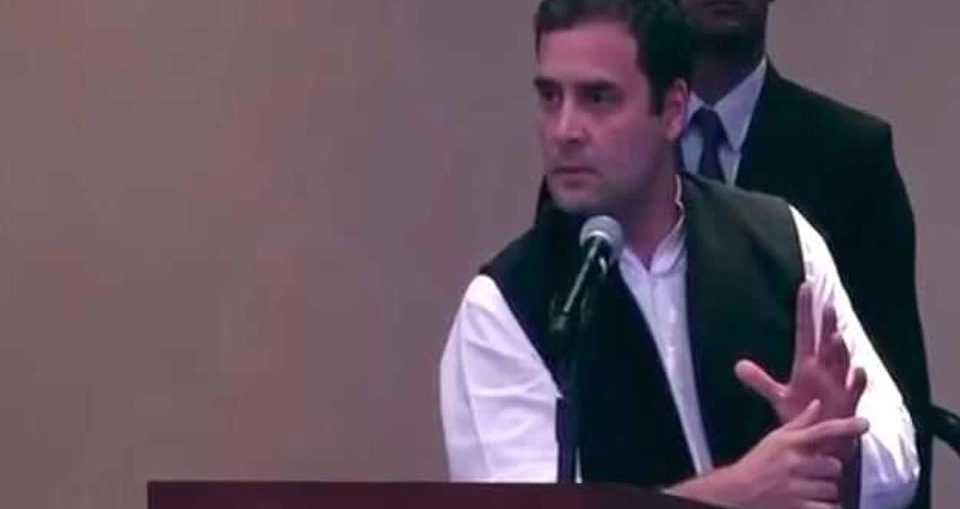 Congress vice president Rahul Gandhi told a gathering at New York’s Times Square that people across the world are questioning why tolerance levels in India are falling.

Addressing a gathering at Times Square in New York, Gandhi said people around the globe are questioning why tolerance level in India is reducing and where is the harmony that once prevailed.

Gandhi, who is on a two-week tour of the United States, said for thousands of years India has had a reputation of being a peaceful and harmonious society, but noted that recently a few forces which are trying to divide the nation are ruining its peaceful image.

“For 1000s of years, India has had a reputation of peace and harmony. There are forces dividing India and ruining our reputation abroad. . And it is very dangerous for the country,” he added.

Gandhi further said India comprises of people of various religions and all are living happily because of Congress and its ideas.

“Some people view India as a piece of land, But I view India as a set of ideas, we have many religions, many languages, every one of them living happily that is due to the idea of the Congress,” he said.

Gandhi also averred that many countries facing violent times are looking at India, hoping it has the answer for peaceful coexistence in the 21st century and that is why we cannot afford to lose our most powerful asset.

“The world is transforming and people are looking towards us. China is rising and we have a relationship with the United States. Many countries in a violent world are looking towards India and are saying that may be India has the answer for peaceful coexistence in 21st century. So we cannot afford to lose our most powerful asset. Our most powerful asset is that 1.3 billion people lived happily, non-violently and peacefully. India belongs to all of us, and that is what the Congress Party is,” said Gandhi.