You are here
Home > Political Bawaal > Priyanka Gandhi Vs BJP 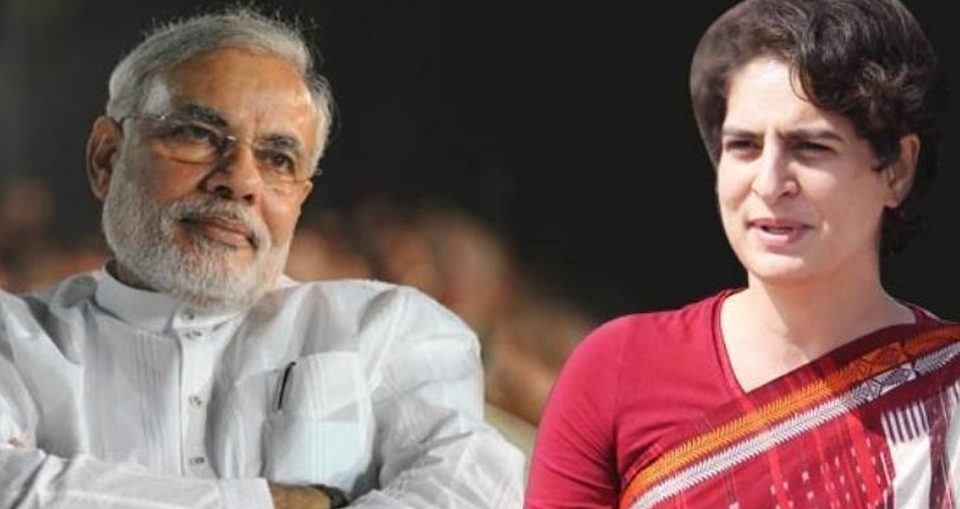 BJP’s allegation “what congress did in 70 years” has an expiry date. What BJP have done when they have been in power?:Priyanka Gandhi.

PriyankaGandhi reverted back on PM Modi and said that people are not fools and they arenot satisfied with the Government, She believes that people are going to vote against Modi in the upcoming polls.

On Tuesday, Congress general secretary Priyanka Gandhi Pounced back on NarendraModi’s Government. In order to releasethe BJP’s allegation that the Congress-led governments in the past are responsible for the problems the country is facing today.

She asked Modi government not to blame congress Government for the past and to be more concerned and think about what they did in the last five years. “What congress has done in their 70 years must have an expiry date. Now its time for BJP to tell what they have done when they have been in power.

She met the party leaders and encouraged them to work hard on the ground and going into the Loksabha elections. She said that people are not satisfied with the current Government and so they are not going to make it up again. The Youths  ,farmers as well as employees no one is happy as a result together they will change the government.

The Congress leader is currently on an outreach campaign in Uttar Pradesh. She started a three-day Ganga Yatra as a part of the campaign which is on Monday. The campaign will end in Varanasi.

As general secretary in-charge of Uttar Pradesh East,Priyanka Gandhi has a daunting  task of turning the fortunes of the Congress party in the state where its performance over the last several national polls has been underwhelming.

Priyanka Gandhi speaking to the reporters, also said she does’nt agree with Uttar Pradesh Chief Minister Yogi Adityanath, as he said that the state has progressed vastly in the last two years. Adityanathearlier had blamed congress for backwardness of Uttar Pradesh. He said, “The Congress ruled the state for the maximum time period after independence, and in return the party gave the state designation of a ‘BIMARU’ state.”

Mystery road on Yamuna: Nobody knows who built a path that’s choking the river

Shah, Yogi in Amethi today as BJP rolls out heavy artillery against Congress