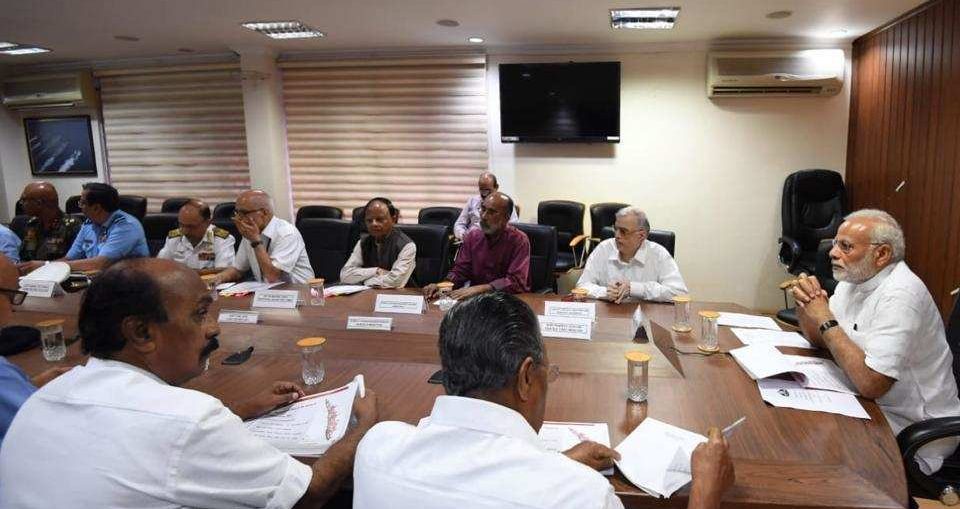 The death toll in Kerala in Kerala Monsoon has risen to 200, and to 344 overall this monsoon season.

The death toll in Kerala Monsoon has risen to 200, and to 344 overall this monsoon season, chief minister Pinarayi Vijayan said on Friday calling it a ‘grave’ situation. In the wake of the prevailing crisis situation in Kerala, Prime Minister Narendra Modi arrived in Kerala yesterday to take stock of the situation. The Prime Minister, who was to conduct an aerial survey today morning, couldn’t undertake the survey due to heavy rains in Kochi. His chopper was called back minutes after it lifted off. He later held a high-level meeting to assess the situation and announced an interim relief of Rupees 500 crores. However, Vijayan sought an emergency relief of Rupees 2,500 crore from the Centre saying Kerala suffers losses of Rs 25,000 crores.

for help which assured it of ‘all possible help’. This is the Prime Minister’s first visit to the state since monsoons hit Kerala in June.

We need strict laws that fix accountability for data leaks