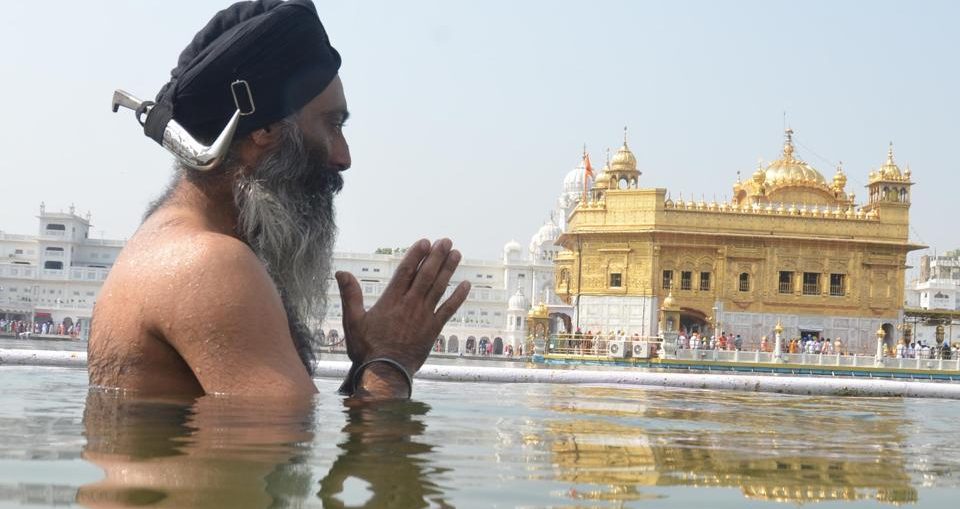 Over the last 20 years, thousands of Indian Sikhs have migrated to Italy for work. Most found jobs in Italy’s dairy farm industry. And now they face a crisis of faith.

Just a few months ago an Italian court ruled that Sikhs were not legally allowed to wear kirpans (the ceremonial Sikh dagger), even for religious reasons.

Italian cheeses such as Parmesan and Mozzarella are known and eaten around the world. But how many people know these cheeses are alive today mostly because of Punjabi Sikhs? It sounds bizarre but it’s absolutely true.

This is a story not just of migration and globalisation but also how it impacts us in unexpected ways. Over the last 20 years, thousands of Indian Sikhs have migrated to Italy for work. Most found jobs in Italy’s dairy farm industry, which was already facing a big shortage of workers since younger Italians were not as interested in farming. The influx of Punjabis saved the Italian dairy and cheese industry and even helped it grow.

“If you go to almost any dairy farm round here, you’ll find Sikhs working in the cow sheds,” dairy farmer Maurizio Novelli told the BBC recently. He was referring to the region of Reggio Emilia, the only place that Parmesan cheese can be made under EU rules.

Sikhs have become a success story in Italy. Thousands have stayed and built families in villages and towns across the country. There is even a huge gurdwara near the city of Milan, the Sri Guru Kalgidhar Sahib, which opened in 2011. Up to 150,000 now live there, making it the largest Sikh community in Europe after the one in Britain. (Though the number of Hindus in Italy is thought to be larger, they keep a lower profile).

Italian Indians are like the economic cousins of Sikhs, Hindus and Muslims who settled in Britain, like my parents, and North America. They are building a new life in a new country while keeping alive their heritage and culture.

But they now face a formidable challenge. Just a few months ago an Italian court ruled that Sikhs were not legally allowed to wear kirpans (the Sikh dagger), even for religious reasons. The court stated: “Attachment to values which violate the laws of the host country is intolerable, even if they are lawful in the country of origin.”

But Italian law already makes exceptions in matters of religion: for example, the Vatican Church is uniquely exempted from property taxes and gets a lot of money from the government every year. If Catholics can get special dispensation then why not Sikhs?

You might think that as a Catholic country, Italy should have the right to give them special preference. But this would be a mistake. In giving preference to one religion over others, Italy is saying that Hindus and Sikhs there are second-class citizens. It creates disharmony.

The Italians think that allowing Sikhs, Hindus and Muslims the freedom to practise their religion will make them less Italian. But other western countries have proven this wrong.

Sikhs in Britain and North America fought for and won the right to wear kirpans because these countries allow more freedom to practise religion. Allowing them that freedom has made Sikhs even more proud to be British or Americans, not less. They are glad they live in a country that recognises and respects their beliefs, not treats them as a problem.

Italian Sikhs are now desperately trying to resolve their predicament. Last month they presented the Akal Takht, the highest temporal Sikh body (in Amritsar), with an alternative version of the kirpan. It was harmless, symbolic and approved by the Italian government.

But last week the Akal Takht rejected the modified kirpan, saying it went against the Sikh tenets. That leaves Sikhs in Italy in an unfortunate stalemate.

This is where the Indian government can help. It’s not for the centre to interfere in Sikh affairs, but the Prime Minister can certainly make the Sikh case to the Italian government.

Allowing people the freedom to practise their religion doesn’t hurt integration or the national character. In fact it strengthens it. Across the West, Sikhs Hindus and Muslims have demonstrated loyalty to their country while enjoying religious freedom. Italians need to understand the strength that comes from diversity, not dismiss it.