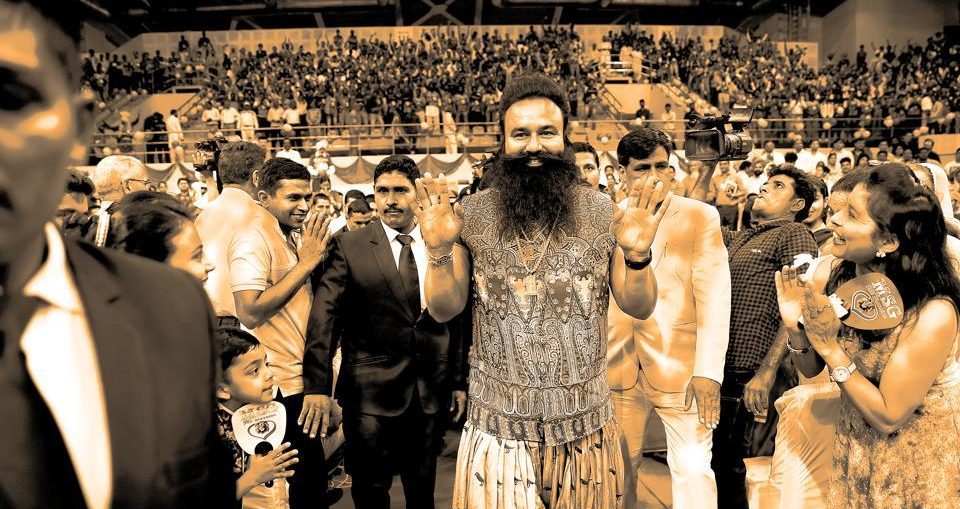 While political parties such as the BSP and the Left looked at the marginalised only as vote banks, the landless and the poor found social equity and dignity in the Dera.

What do you get if you throw together a good measure of unflinching faith, a sense of belonging, some empowering identity and a dash of aspirational headiness? The answer is almost always the same: Millions of ardent followers.

Despite the 20-year jail term recently handed to its head, Gurmeet Ram Rahim Singh, the Sirsa-based Dera Sacha Sauda continues to boast of a huge following across the social spectrum. Political experts say the sect commands a strong presence among Dalits and economically backward sections of the society. While Haryana, Punjab and Rajasthan remain its nerve centres, the sect is gradually making inroads into other states like Madhya Pradesh, Chhattisgarh, Odisha, Maharashtra, Gujarat, Karnataka and Kerala.

The sway held by the Dera over its followers manifests itself in poll diktats and its ability to swing electoral fortunes across various states. Mindful of this fact, politicians of all hues make a beeline for the sect headquarters in Sirsa whenever it’s election time.

So, what makes people – especially those from marginalised sections – turn to Deras?

Professor Ashutosh Kumar, a political scientist from Panjab University, believes disappointment over religious matters plays a significant part in this phenomenon. “These sects offer dignity to their disciples by seeking to eradicate caste inequality. Acts like providing food, ration and money to the poor also help them win the allegiance of the disadvantaged,” he adds.

Practices like christening the head of its meditation centre as bhangidass (somebody from the lower caste) and making all the followers forsake their original surnames to adopt the title of Insaan (human being) created a feeling of parity among followers of the Sacha Sauda.

The Dera’s strong stand against liquor and drug abuse, a major social problem that often leads to domestic violence and disintegration of families across the country, has gained it many women followers. Besides this, provision of financial aid during weddings as well as subsidised ration and free access to the sect’s medical facilities during times of illness has helped its numbers swell over the years.

The “mystical” aspect of the Dera Sacha Sauda head also helped him draw followers. “The Dera used technology and literature to project its gurus as superhumans endowed with divine powers,” says Professor Kumar.

The story regarding Ram Rahim’s induction into the sect, and his gradual ascendancy from follower to leader, has been well-documented. The documented text calls Ram Rahim a child prodigy who excelled in everything he did, and learnt how to drive at the age of eight. His followers, better known as premis, vouch for the Dera chief’s healing touch and mystical powers.

Solace in times of ill-health

Professor Rajiv Lochan, professor of contemporary Indian history at Panjab University, says people find solace at Deras. “When it comes to health issues, people will seek aid wherever they can find it. Call it the placebo effect, but you will find a large number of followers claiming to have experienced a sense of wellness after obtaining the blessings of their gurujis,” he adds.

What’s more, joining Deras fills them with a sense of optimism. “They find a sense of belonging there. Being part of a bigger organisation, or brotherhood, helps one feel superior,” he says.

Deras free their followers from religious customs and rituals, often a financially demanding task for the poor, giving them greater flexibility to practice their faith. Professor Ronki Ram of Panjab University’s political science department says the Dera provides people with an alternative space for social, spiritual and cultural fulfilment. “It welcomes people, irrespective of their religion or caste. People are not expected to perform rituals, and they are not looked down upon because of their caste or economic status,” he adds.

The fact that the Dera head usually appears before the distressed in flesh and blood, assuring them of relief in some form, plays a significant part in hiking the sect’s popularity. Professor Ram believes Deras can be understood as an alternative to mainstream religion, where faith creates social capital.

The Dera Sacha Sauda took the plunge into electoral politics by supporting the Congress in the 2007 Punjab assembly elections. Neither Panthic groups nor the Akalis were pleased with the fact that a large number of Dalit Sikhs were being weaned away by the sect.

The group later floated a political affairs wing, which made a dent in the traditional Akali vote in Punjab’s Malwa region. The Dera endorsed the Congress in the 2009 Haryana assembly elections, but later switched sides to support the BJP in its 2014 edition.

The impact on BSP, Left

The rise of the Deras and their ability to attract marginalised sections of the society – mostly the landless, the Dalits and the underprivileged in Punjab (especially Malwa) – resulted in political forces such as the Bahujan Samaj Party and the Left steadily losing out on potential voters.

CPI national executive member Joginder Dyal admits that the Left suffered losses ever since the Dera became a refuge for the landless and Dalits. “Poverty was the main reason why many move towards the sect. While religion wouldn’t provide them with equal rights, political parties never looked at them as anything beyond vote banks,” he says.

So, Gurmeet Ram Rahim Singh’s conviction in the 2002 rape case has become a matter of immense political interest across the country. Because, if his Dera were to lose out on its followers as a consequence, there are many who would like to swoop in and claim them as their own.

Sunil Grover aka Mashoor Gulati is back: But is it on The Kapil Sharma Show?