You are here
Home > DAILY BAWAL > Four days after opening on trial, Genpact Chowk closed due to congestion 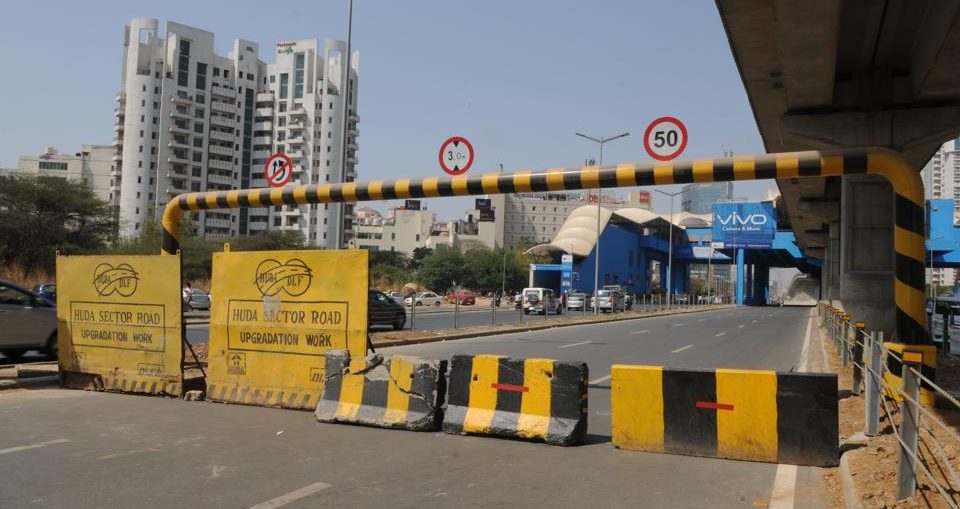 Usha Kundu, ACP (traffic), said changes cannot be made to the underpass too often, as it inconveniences commuters

Instead of decongesting the intersection, the Genpact underpass led to snarls on the Golf Course Road.

Gurgaon The Haryana urban development authority (Huda) closed the Genpact underpass four days after it was opened to the public on trial basis. Huda, which constructed the underpass in partnership with DLF Limited, cited orders from the Gurgaon police following traffic congestion caused by the underpass‘ opening on March 10. Instead of decongesting the intersection, the underpass led to snarls on the Golf Course Road.

HUDA administrator Dr Chander Shekhar Khare confirmed that the underpass “has been closed due to traffic issues”.

ACP (traffic) Usha Kundu revealed several flaws in the road design that do not make it “feasible to open the underpass right now”, and said that the traffic police was not informed prior to the underpass’ opening.

“It is not feasible to open the Genpact underpass at the moment owing to several technical issues. The slip roads are not complete, proper road signage have not been installed; this is leading to congestion and accidents,” Kundu said.

“Engineering changes at the junction cannot be executed on a daily basis as it greatly inconveniences commuters. Prior to the underpass’ next opening, an advisory and public notification will be issued for suggestions, if any, from the public in the matter,” Kundu added.

While Tuesday’s move was made in earnest, commuters struggled with yet another unannounced change in the traffic flow.

“On Saturday, authorities opened the underpass without prior notice, the following day they reopened three u-turns and today (Tuesday) they closed the underpass. These constant changes have left me with no choice but to refrain myself from using the Golf Course Road altogether and opt for a different route,” Abhishek Dayal, a Nirvana Country resident, said.

On Saturday morning, traffic on both sides of the Golf Course Road remained severely hampered for over four hours as authorities blocked three u-turns, one located opposite the Magnolias, another ahead of the Sector 53-54 Metro station and one opposite Parsvnath Exotica. This increased the volume of vehicles on the road as commuters had to travel all the way till AIT Chowk to turn.

Resulting, traffic bottlenecked at the AIT Chowk with traffic stretching from the junction all the way till Sector 55-56 Metro station on one side, and till DLF Phase 1 Metro station on the other.

On Sunday, following directions from the traffic police the three u-turns were opened to reduce congestion. But the changes failed to streamline vehicular movement on the stretch, and the AIT Chowk, once again, saw heavy traffic.

The Genpact underpass was constructed for decongesting the junction where traffic from DLF-5, St Thomas Marg and Gurgaon-Faridabad Road converges. It was intended to help commuters avoid congestion near the Sector 53-54 Metro station.

After SBI, Bank of Baroda cuts interest on savings account by 50 basis points