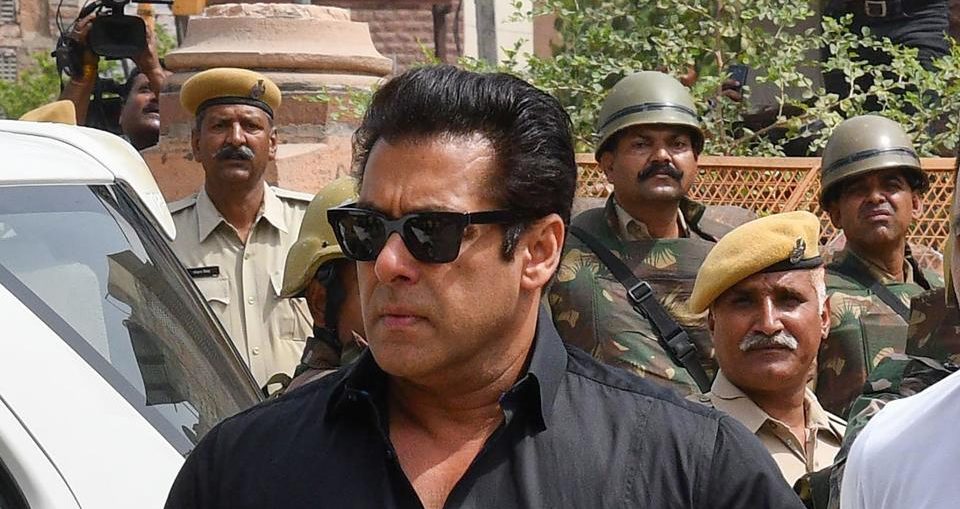 A lowdown on all the things Salman Khan did after being released from the Jodhpur jail on Saturday evening in connection with a blackbuck shooting case.

Bollywood star Salman Khan, who was sentenced to five years’ jail on Friday in a 20-year-old blackbuck shooting case, was released from Jodhpur Central Jail on Saturday after he got bail. Since his release, the Tiger Zinda Hai star flew to Mumbai, attended a birthday party and met a few friends.

Just days before the hearing, Salman had reached India after finishing the Abu Dhabi-schedule of Race 3. Now, around 20 days’ of shoot for the film is left and it will be completed in Mumbai. Directed by Remo D’Souza, Race 3 will mark Salman’s first negative role.

Here’s tracking all that bhai did after getting released from the jail on Saturday evening:

Reached Mumbai
Bollywood superstar Salman Khan arrived at his house in Mumbai on Saturday amid bursting of crackers and wild celebrations by fans, hours after getting bail in the 1998 blackbuck poaching case from a Jodhpur court.

Salman reportedly took a private jet from Jodhpur around 5.50pm and landed in Mumbai about 7.10pm. Salman reached his residence in Galaxy Apartments in Bandra (Mumbai) around 8 pm. Greeting his fans gathered outside, Salman gestured, asking them to go home and get some sleep.

Katrina Kaif was one of the first stars to meet Salman Khan after he returned home on Saturday after spending two nights in jail.

From Telangana to Srinagar: How Mohammad Taufeeq was drawn to militancy