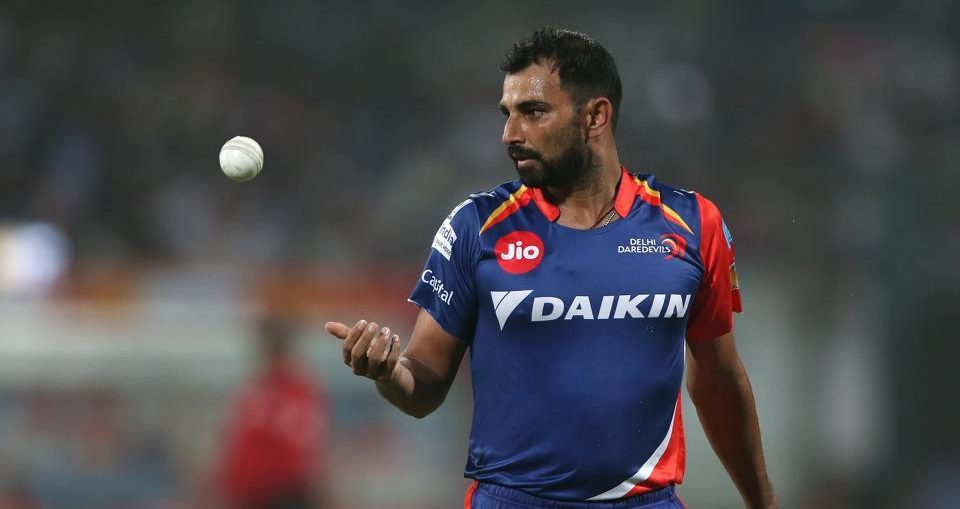 Mohammed Shami has been embroiled in a major controversy after his wife Hasin Jahan accused him of domestic violence and infidelity.

Mohammed Shami is being accused of domestic violence and infidelity by wife Hasin Jahan.

Indian Premier League franchise Delhi Daredevils are keeping a close tab on the Mohammed Shami controversy as the top officials are set to meet BCCI brass to take a stock of the situation after his wife Hasin Jahan filed a police complaint accusing him of domestic violence and adultery.

Shami has been embroiled in a massive controversy after his wife Jahan in series of Facebook posts alleged the fast bowler of various transgressions in personal life.

The BCCI has already withheld Shami’s Central Contract as the police may start its inquiry on allegations of domestic violence.

Daredevils are now awaiting for BCCI’s legal opinion about whether they should allow the Bengal speedster to join their camp, which will start at the end of the month.

“Look Daredevils management can’t take any unilateral decision in this matter. All players who play in the IPL have a tri-partite contract involving the franchise, BCCI and the player. Yes, we are well aware about the sensitive situation and we are having discussions with top BCCI officials. There is a clause about any player bringing disrepute but it is for the lawyers to interpret it,” a senior franchise official told PTI on Friday.

The Indian Premier League involves big business houses and they are extremely aware about their image.

The GMR group had just entered into a 50:50 partnership with JSW group — owners of India’s top football club Bengaluru FC.

Company’s image is paramount for any franchise and Delhi Daredevils is no exception in this regard.

“In these sensitive times, when people are raising their voice against domestic abuse and violence, unless Shami comes out clean, the franchise’s image will also take a beating. If Delhi Daredevils are worried, they certainly have reasons to do so. They have created a brand and would be protective about that,” a senior BCCI official said.

There were however mixed reactions in BCCI as some officials felt that COA chief Vinod Rai could have waited for the police inquiry to get over and charges levelled against Shami being proved before his central contract is being withheld.

There is a possibility that acting president CK Khanna, acting secretary Amitabh Chaudhary, treasurer Aniruddh Chaudhry along with CEO Rahul Johri discuss the Shami issue on the sidelines of the Captain’s Conclave in Mumbai on Monday, March 12.