You are here
Home > Bollywood Bawaal > Anushka Sharma and Virat Kohli are in Delhi for their reception. 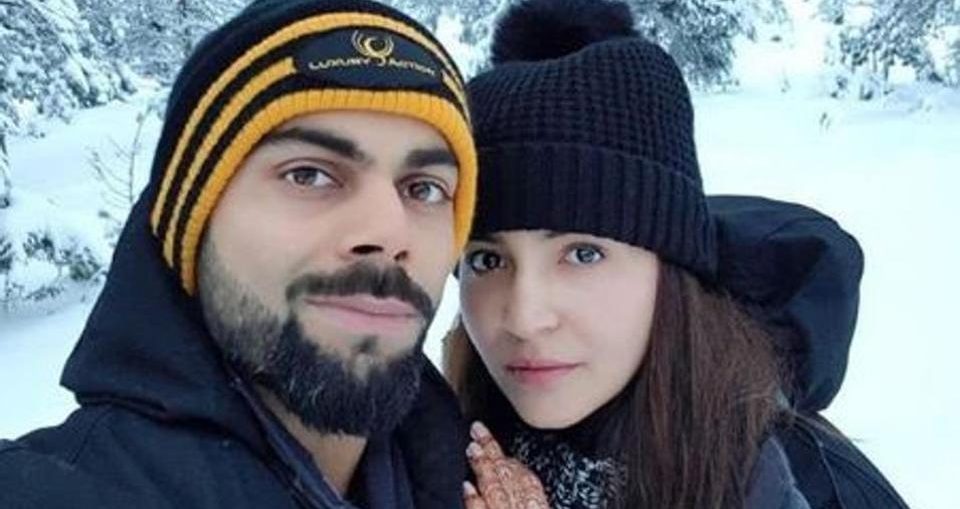 Virat Kohli and Anushka Sharma reached Delhi after spending time together in Finland.

Anushka Sharma and Virat Kohli are in Delhi ahead of their reception on December 21. A picture of the two together was shared by a fan page on Instagram. In the photo, Virat looks handsome in a white kurta and Anushka looks gorgeous in her pink sari. The photos of this young couple has got fans excited on social media.

The newlyweds will be hosting a reception for friends and family in Delhi on December 21. Another reception is planned for December 26 in Mumbai. Both of them are taking a break from their respective careers. Virat will be joining the Indian cricket team in South Africa for two months to take part in three tests, six one day internationals (ODIs) and three Twenty20 International (T20I) matches. Anushka, on the other hand, will start the next schedule of Aanand L Rai directorial starring Shah Rukh Khan. Post this, she will begin her work for Sui Dhaaga alongside Varun Dhawan and will also promote her film Pari, which will also see her playing the lead role.

The star cricketer and Bollywood actor tied the knot on December 11 in an intimate ceremony in Tuscany, Italy. The two kept the news of their nuptial under close wraps and it was only when they left to Italy that speculations of the couple tieing the knot surfaced.