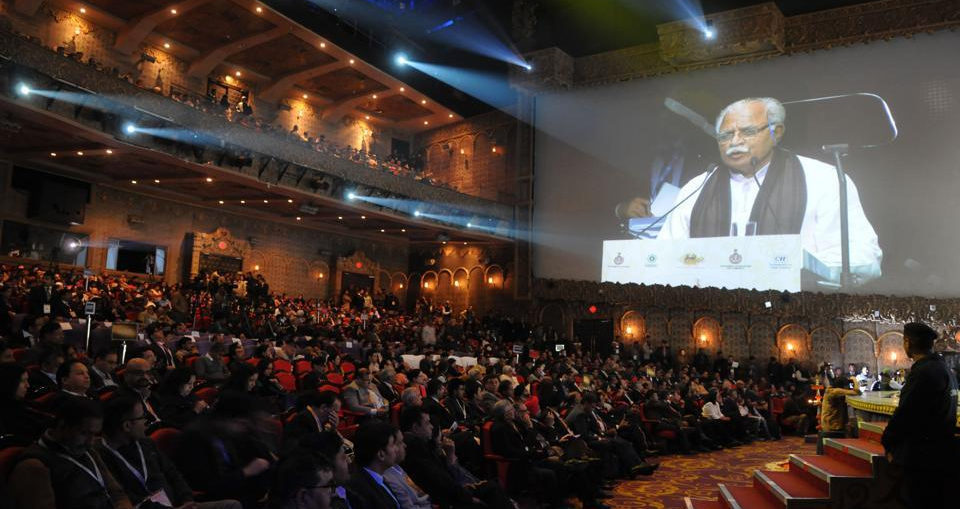 The event, held at Kingdom of Dreams from January 10-11, was organised to give Pravasi Haryanvis an opportunity to connect to their roots and invest in the development of their home state.

The Manohar Lal Khattar-led BJP government in Haryana provided 384 five-star hotel rooms, 100 to and fro air tickets for free to the NRIs who had came to attend the two-day Pravasi Haryana Divas in Gurgaon in January this year.

The event, held at Kingdom of Dreams from January 10-11, was organised to give Pravasi Haryanvis an opportunity to connect to their roots and invest in the development of their home state.

The information on freebies doled out by the government to the NRIs was revealed in an RTI query filed by Gurgaon-based activist Harinder Dhingra.

The reply I reveals that for 384 rooms booked for NRIs in top hotels such as Taj Vivanta, Crowne Plaza Today, Hyatt Palace and more, the government spent a whopping Rs 62 lakh.

The state tourism department also bore the cost of Haryana Darshan organised for 150 pravasis at a cost of Rs 12,500 each, which comes out to be Rs 19 lakh in total.

Further, the Khattar government bore the two-way airfare for 100 guests flying in from countries across the world. Dhingra said though he asked for the information of the total expenses incurred by the government for the air fare, the RTI reply did not mention it.

The approximate cost for the economy airfare calculated after talking to sources who were involved in the organisation of the event comes out to be over Rs 60 lakh. The Khattar government had claimed to have signed 24 MoUs involving potential investments of Rs 20,000 crore during the event. He had said that 23 Pravasis had offered to invest Rs 17 crore in various philanthropic works.

Former Haryana CM Bhupinder Singh Hooda, however, called the statement a gimmick. “No investment is coming to Haryana on ground. It’s only coming in the CM’s speeches,” he said.