You are here
Home > DAILY BAWAL > 15 killed, 12 injured after collapse of Mumbai building; many feared trapped 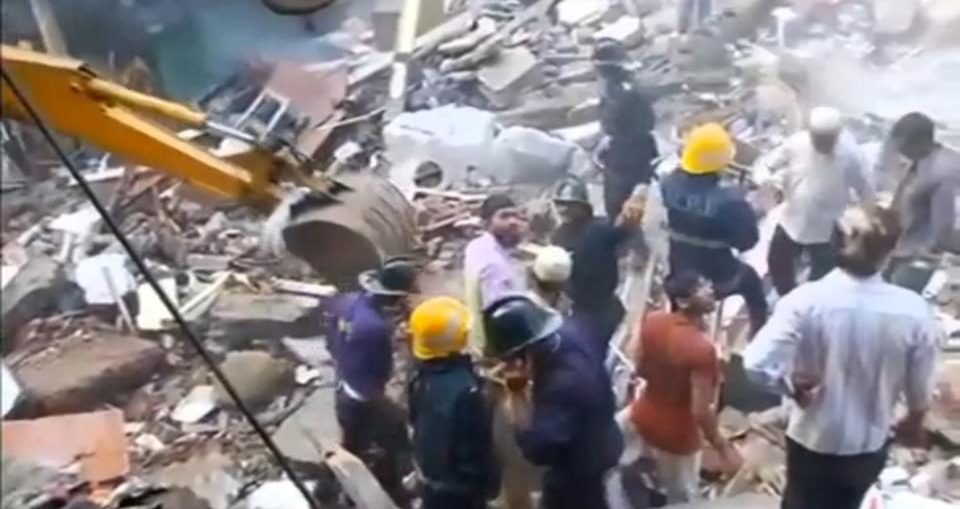 People and rescue personnel are seen after a building collapsed in Mumbai, India in this still frame taken from video August 31, 2017.

Thirteen tenants, including 12 families, were living in the building at Pakmodia Street, where underworld don Dawood Ibrahim once lived. Some reports said it also housed a play school but the children had not arrived when the building collapsed.

“Five patients are in critical condition and have been kept under observation in the Intensive Care Unit. They have suffered multiple injuries and fractures. Rest are currently stable,” JJ Hospital’s Dr TP Lahane said.
ulated locality crammed with shops, narrow alleys, and old buildings, spread across 16.5 acres.

“The trust had already shifted seven families in 2013-14. Maharashtra Housing and Area Development Authority (Mhada) had issued notices declaring the building to be dilapidated along with an offer of transit accommodation to the remaining tenants,” Saifee Burhani Upliftment Trust (SBUT), which has undertaken the redevelopment project worth Rs. 4,000 crore, said in a statement.

“The authorities should have evacuated the tenants a long time back as this building is unsafe. An inquiry should be instituted under a retired high court judge about this collapse,”